Said to be one of the most well-known terms in economics: Inflation!

Countries have been thrown into protracted periods of insecurity due to inflation. And it appears to be back!

But what is Inflation?

Assume you've been riding your bike to the market regularly for a few months and have always purchased the fruits and goods of your choice. You regularly ride your bike out of your house, purchase a liter of petrol for Rs 70, go to the market, buy 1 kilo of banana for Rs 30, and return home. A total of Rs 100 was spent.

You repeat the same process a few months later, and the same 1 liter of petrol costs Rs 90, 1 kilo of banana costs Rs 40, and when you get home, you realize the entire cost is Rs 130.

Inflation is a statistic that represents the general increase in price or the increase in the cost of living in a country over time. This permanent rise in price from Rs 100 to Rs 140 is inflation. It is computed broadly, though it can be calculated for specific goods such as food or gasoline.

The pandemic has created great havoc on supply chains, factory production, and logistics in several countries during the previous two years. All the while, the world was still grappling with dwindling fuel supplies and growing transportation costs. Moreover, the Russia-Ukraine conflict has further exacerbated the fuel and food shortages by restricting global supplies.

Inflation is rising, and many people worldwide face a cost-of-living problem. For example, inflation in the United States has remained at a 40-year high, with a CPI (consumer price index) increase of 8.3% in April.

Inflation has been increased by the Russian invasion of Ukraine, driven by rising food and energy costs in the aftermath of the COVID-19 epidemic.

The UN's Food and Agriculture Organization's (FAO) monthly food price index, which analyses prices of globally traded food commodities, increased by 12.6% between February and March to reach its highest level since 1990.

The FAO's cereal price index increased by 17.9% over the same time, reflecting a rise in global wheat and coarse grain prices, owing mostly to export disruptions from Ukraine, the world's largest wheat exporter.

What is the source of today's inflation?

As Russia's invasion of Ukraine increasingly snarls supply lines and cuts off access to oil and food exports, consumers worldwide are paying substantially higher costs for necessities like shelter, food, and fuel. Following a wave of higher prices caused by a pandemic, the conflict is now pushing global inflation above 6%.

China and India may have to switch to less expensive cooking oil, as costs have risen by 70% in some situations. Muslims in Senegal are breaking their Ramadan fast with fish rather than meat, which has grown pricey for many, while Mexico is working with the United States to lower food prices. Meanwhile, gasoline prices in Hong Kong have risen above $10 a gallon, prompting the International Energy Agency to issue a global energy crisis warning.

Higher costs are causing political unrest in Europe, ranging from increased support for anti-immigrant populist parties to labour rallies. In the United States, inflation is wreaking havoc in politically split communities, where the midterm elections are expected to be the most divisive.

Inflationary pressures have been felt around the globe.

Also read: 6 ways to start earning as a student

Prices for a variety of goods and services are skyrocketing due to two factors:

According to the Office for National Statistics, the Consumer Price Index (CPI) increased at an annual pace of 5.5 % on January 22 and 6.2 % in February 2022, marking the largest increase since January 1992.

In February, the price increase was due to increases in apparel, transportation, furniture, and home products. Food inflation was also reported to be 5.1 %. Soaring global energy and petrol prices, which the UK desperately needs to provide heating, fuel, and electricity in households, added to the mix.

Inflation in the United Kingdom has also risen as a result of:

Extreme weather and natural disasters (such as the Australian floods) have disrupted the supply chain and caused an enormous surge in food prices in Australia, which is projected to continue.

Due to China's Zero Covid policy, Australia's border closure also impacted production and transportation logistics, as they coped with isolation needs and intermittent interruptions of factories and ports.

Tensions between China and the West have impacted trade agreements, investment flows, and Russia. Transitioning to renewable energy sources has not been easy, resulting in a fivefold increase in oil prices.

Australia surprisingly had a period of record-low interest rates on home loans in 2021. It was as if it had never been this low before. As a result, many citizens have turned to simple and economical house loans. However, many residents overextended themselves in anticipation of this 'once in a lifetime event. However, banks have increased interest rates to around 4%, which has significantly impacted consumer savings.

Sri Lanka has had a particularly dismal year in 2022, owing to inefficient use of foreign exchange reserves, increased import payment costs, and a shortage of foreign cash inflows. Because of their bad management and delay in seeking assistance, the beautiful country's economy was hit by 15.1 % inflation on February 22, with food inflation reaching 25.7 %. They are particularly susceptible because they rely on imports for most of their necessities, and there have been reports of individuals dying while waiting in huge lines for fuel.

Pakistan has been dealing with high inflation, with the Consumer Price Index (a measure of inflation) climbing to 13% in January 2022 and 15.1 % in February 2022. During the pandemic, Pakistan saw unprecedented inflation levels (and even before it).

They borrowed money from the IMF when it couldn't get out of the Covid issue. As a result, Pakistan already has a large debt that it must service with significant foreign currency interest payments.

In addition, there have been reports of widespread black-market trade in Pakistan, where the prices of necessities have been artificially raised. Furthermore, news of a sugar and wheat mafia was making the rounds, as were details on illegal LNG procurement, adding to the country's troubles.

Demand-pull inflation, cost-push inflation, and built-in inflation are the three types of inflation. All three of these are related to a country's economy's supply of money and supply of products being in balance.

Demand-pull inflation happens when the demand for goods and services—in other words, the total quantity of money and/or credit available to people—increases faster than the economy's capacity to produce them. As a result, demand is great, but supply is insufficient to meet it, causing prices to rise. As a result of the rising prices, some purchasers leave the market, reducing demand and re-establishing the demand-supply balance.

Inflation caused by a rise in manufacturing cost is known as cost-push inflation. For example, if the raw materials used to make a product rises, the end product's price rises as producers pass their expenses on to the consumer.

Built-in inflation occurs due to the expectation that inflation will persist, forcing salaries to grow to maintain the status quo. Labor expects to be paid more as the cost of products and services rises in order to maintain their quality of living (this is what is commonly known as a "cost of living" rise in the United States). Consumer prices for the goods or services that labour creates or delivers rise due to rising labour expenses.

Also read: To loan or not to loan

Inflation around the world

Hyperinflation has serious effects on a country's economy, government, and people.

It is frequently a symptom of pre-existing issues, revealing the true nature of money. Money is a symbol of underlying social realities rather than just an economic commodity employed as a means of trade, a store of value, and a unit of account. The stability and worth of money are dependent on the social and political structures of a country. 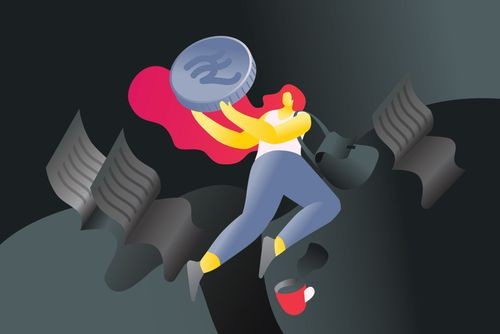 PREVIOUS ARTICLE
6 Ways to Start Earning as a S...
NEXT ARTICLE
Demat 101: A complete guide... 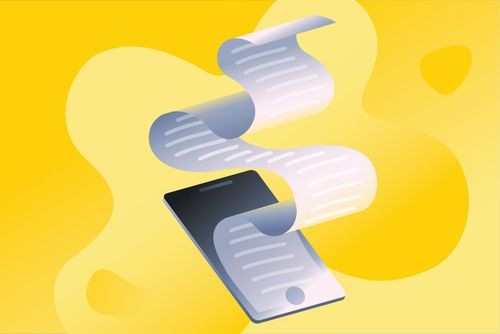