It looks like the world is facing another economic turmoil!

Signals from the world’s largest economies, the US and Europe point to this potential problem. The problem of the Recession.

As the world recovers from post-pandemic stress, factors such as ongoing wars, inflation, and slowing economic growth make it more likely that a global financial crisis is imminent. Many industry insiders predict an economic slowdown for the world leader, the United States, next year, but others have stressed that the United States could barely avoid it.

US GDP contracted -1.6% year-on-year in January-March 2022 but will contract -0.6% in the next quarter, i.e., April-June 2022. Technically, if the economy contracts two quarters or six months in a row, the economy is in recession.

Thus, the US economy has already fought a recession. However, it recovered in the third quarter (July-August 2022), recording 2.6% year-on-year growth. The US economy is said to suffer further in 2023 as it faces high inflationary pressures that will inevitably lead to higher interest rates. Of course, as funding costs rise, there is a direct impact on economic growth.

The world went through tremendous economic pain not long ago, thanks to Covid-19. As a result, the 2020 global GDP shrank by 3.2%. After that, though, it rebounded, registering a 5.8% rebound in 2021. But even before the world had barely recovered from the shock of the coronavirus attack, another threat to its growth and stability emerged as a Russian – Ukraine war, causing a heavy blow to the global economy. Moreover, an unexpected war has brought an energy crisis to the continent, as Europe depends heavily on Russia for gas. As a result, both inflation and energy prices soared to record levels.

For the world to go through two enormous financial woes in such a short three-year period is a very difficult task, unprecedented in recent human history. Moreover, it is possible that the so-called cryptocurrency market, currently priced at over $855 billion, will collapse at some point. If that happens, the global economy will suffer even more.

As central banks worldwide simultaneously raise interest rates in response to inflation, the world is headed for a global recession in 2023, sparking a series of financial crises in emerging and developing economies that will lead to permanent economic downturns.

Central banks worldwide have raised their interest rates this year to the extent of synchronicity not seen in the last 50 years. The trend is likely to continue next year. However, currently expected rate hikes and other policy actions may not be enough to bring global inflation back to pre-pandemic levels. As a result, investors expect the central bank to raise global monetary policy rates near 4% by 2023. That’s more than 2% of the 2021 average.

But the question now is whether the coming global recession will hit India.

Although an economy demonstrates various signs of warning months before a recession, determining whether a country is genuinely in a recession often takes time.

A recession can be short, yet its impact can be long-lasting.

One of the major consequences of recession is unemployment, which tends to increase at a higher speed once the economy takes a blow from recession. These occurrences especially happen amongst low-skilled workers, and private companies and government organizations start laying off their employees to curtail expenses.

The possible impact of the Global Recession on India

Recently, we have seen many start-ups laying their employees off to cut down their expenses and prepare them for the probable recession. This could be seen as a sign of an approaching recession in India, but its severity relative to the global recession is yet to be judged.

Another effect of the recession is reduced production and factory closures. Declines in production typically continue until relatively vulnerable firms are forced out of the market, after which production picks up again among the surviving firms. As more people lose their jobs and families struggle to make ends meet, demand for an expanded government-funded welfare system will grow. However, as government revenues decline during recessions, it becomes very difficult to meet the increased demands on the social sector.

Global exports are slowing, and central banks are tightening fiscal policy as geopolitical developments continue around the world. And in these ongoing scenarios, India is widely expected to experience an economic decline in the middle term.

A recent report shows that India’s economic growth in 2022 has fallen to 8.8% from its previous forecast of 9.1% due to high inflation.

Therefore, India’s economic fundamentals are much stronger than those of other countries, so short-term turmoil will have minimal impact on the long-term outlook. The good news is that fears of an impending recession drive commodity prices down. As a result, the prices of most commodities are falling, from crude oil to metals to edible oils. This could be an opportunity for India, one of the major importers of these commodities.

Similarly, the price of edible oil across the retail market has also started to fall with falling international prices. India imports more than 60% of edible oil demand from abroad, so it will benefit greatly from this trend.

Since April this year, the price of base metals has plummeted worldwide. This phenomenon is expected to boost consumption in India as user industries such as home appliances and automobiles can reduce input costs and pass on profits to consumers.

Crude oil, also known as black gold, has traded below $100 for the first time since May 11 this year, and recession fears largely drive the drop-in prices. It is expected to hit $65 and could even fall to $45 by the end of 2023 if a recession hits. While this may have a negative impact on developed countries, it will help India, the world’s third-largest oil consumer and importer. India, whose economy has never been fully integrated with the global economy, is not immune to US and global recessions. Domestic growth has slowed by 1.5-2.5% even in a normal Fed-led recession.

A declining Rupee is facing renewed pressure as the Dollar continues to strengthen. Surging crude oil prices, expectations of continuing Fed rate hikes, and the widening current account deficit are pushing the Rupee to new lows.

Also read: Finances, Academics, or personal goals, where to focus on?

What can be done?

Central banks should continue their efforts to keep inflation in check, and this can be done without triggering a global recession. But it will require concerted action by various policymakers.

Central banks must communicate their policy decisions while maintaining their independence. This could help anchor inflation expectations and reduce the degree of tightening needed. In addition, central banks should pay attention to cross-border spillovers from monetary tightening in advanced economies.

Tax authorities must carefully coordinate the withdrawal of financial support while ensuring alignment with monetary policy objectives. Next year, the proportion of countries tightening fiscal policy is expected to reach its highest level since the early 1990s.

This could amplify the impact of monetary policy on growth. Policymakers must also set credible medium-term budget plans and provide targeted relief to vulnerable budgets.

Other policymakers also need to join the fight against inflation. In particular, we need to take bold steps to boost global supply. These include:

Most economists believe that the global recession will not seriously impact India’s economy. Not all companies and industries experience the same pain during recessions. There are few bright spots as some companies have benefited from the recession. The reason is that consumers are abandoning alternative products. Strong companies can take advantage of this opportunity to thrive when labor and capital become economical. 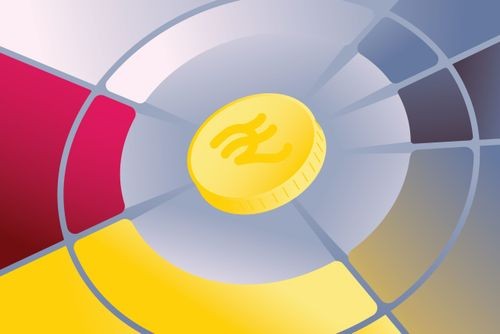 PREVIOUS ARTICLE
Shares or Mutual Funds - Which...
NEXT ARTICLE
TDS 101: How Can You Claim It ... 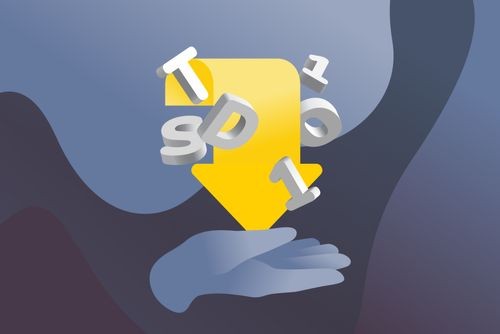